Recently I was honored to moderate the DC leg of the #FierceReads tour! 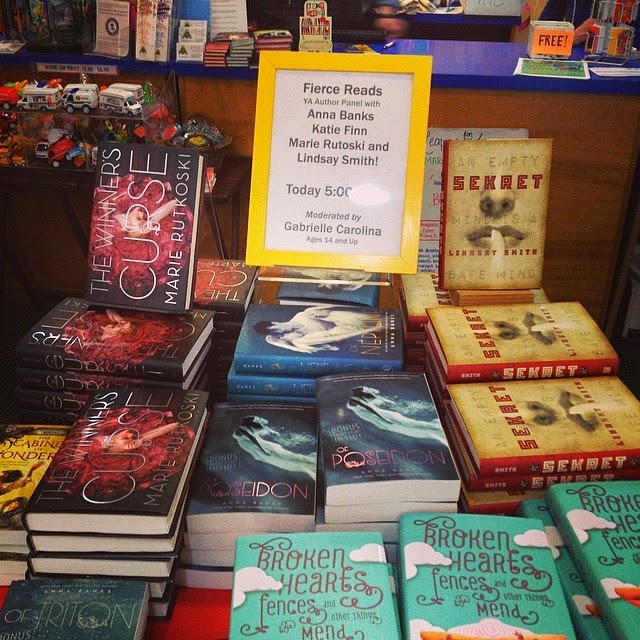 Authors Marie Rutkoski, Anna Banks, Katie Finn and Lindsay Smith were all present and accounted for.

Some things you should know:

Anna Banks would rather be a narwhal than a Siren or Mermaid. Why? Because they're the Unicorns of the sea! 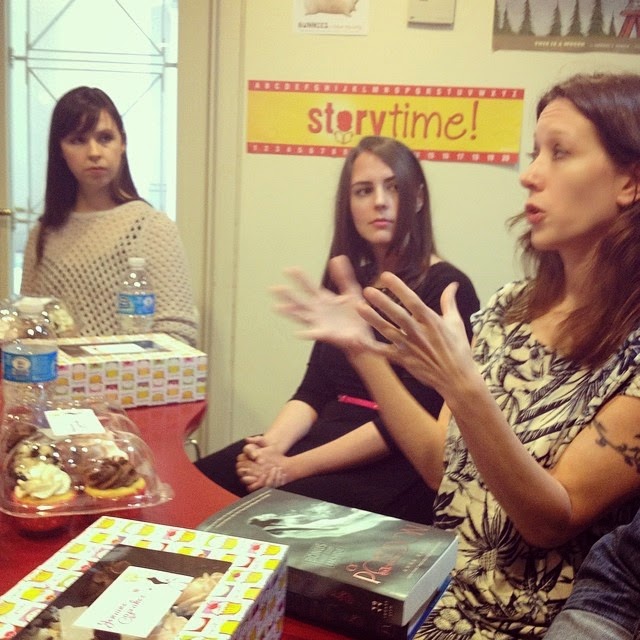 Marie Rutkoski let us in on some secrets for book two of the Winner's Curse trilogy! What was the dish? That readers would hear more from Aryn in the coming book!

Lindsay Smith parted with a Sekret of her own, in honor of her debut novel, that she believed she would be a musician while growing up and was trained to do so! Also, she speaks Russian and complimented Anna on her hair in the Mother-tongue.

Anna dished on her next project- a contemporary standalone, a modern take on Bonnie & Clyde.

The thing that Marie loves most about her cover is the R- which looks like a musical instrument.

Originally, the paranormal elements of Sekret were down-played and only in revising did Lindsay bring those plot points to life. 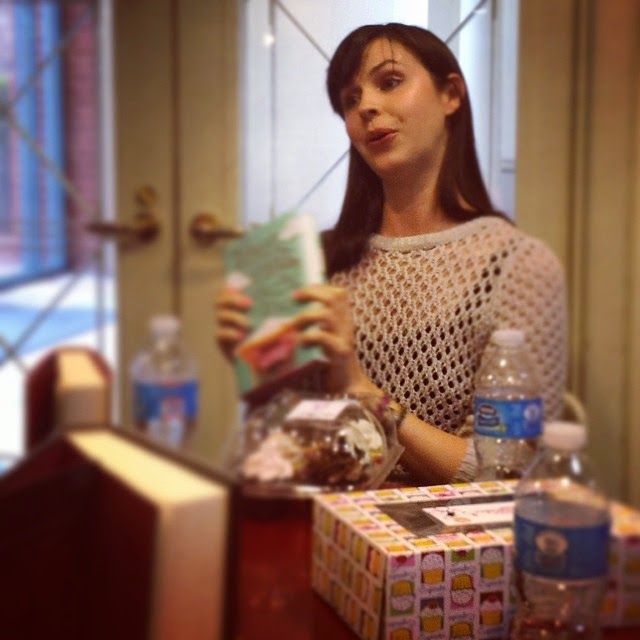 And Katie Finn and Morgan Matson have never been seen in the same room together. Kind of like myself and Wonder Woman…

As a thank you to all their lovely readers Macmillan is giving away a set of hardback novels from the tour. 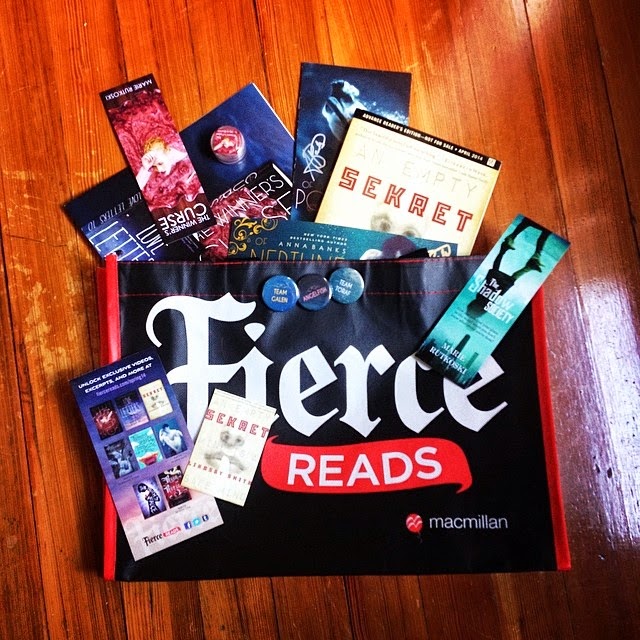 As a thank you to all my lovely readers I am giving away a gift bag of swaggity-swag. Swaggy. Swag-on, SWA- okay, I'll stop. AND my ARC of Sekret, which has been signed by Lindsay Smith.

Enter the giveaway here and if you're interested in learning what these authors think of the publishing process, querying and being on book tour keep reading!

Right before the event I got to sneak an interview with the four brilliant women of the Fierce Reads Tour!

GC: A LOT OF HOPEFUL WRITERS QUERY AROUND THIS TIME, WHAT IS YOUR ADVICE TO THEM? 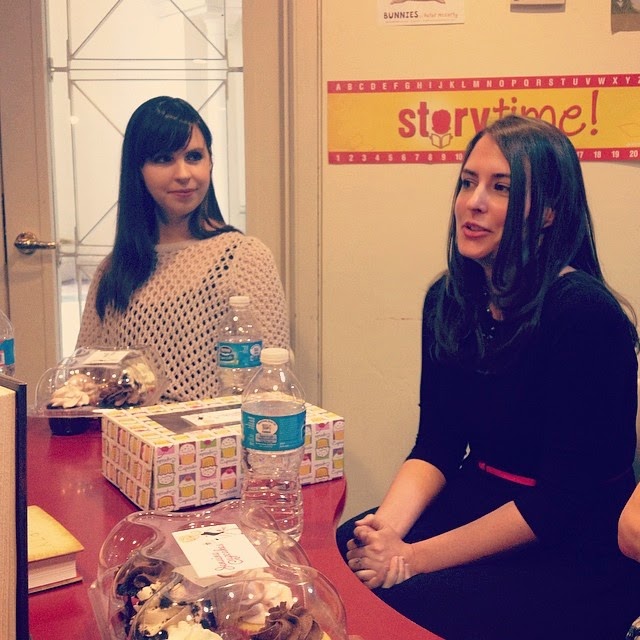 LS: Get a feel for what authors they work I and what stories work for them, you want an agent to rep your career.

KF: Get your favorite books and read the acknowledgements...AND READ GUIDELINES CAREFULLY!

MR: Google! My first MG book had an element of darkness, so I Googled for Lemony-Snickett-Agent and found Charlotte, who ended up representing me.

AB: Leave your potential agent saying WHOA! Raise a question at the end- make them say "I have to know what happens!"

GC: WHAT'S SURPRISED YOU MOST ABOUT THE INDUSTRY?

KF: I was surprised by what a community there is, people who write on the adult side don't feel the same.

MR: The first time I was surprised I was in Anderson's Bookshop and someone with whom I had worked at a library was there and asked for an ARC. I was wide-eyed, WHAT IS AN ARC?!

AB: I was surprised by how many committees and subcommittees the book must go through to be published. 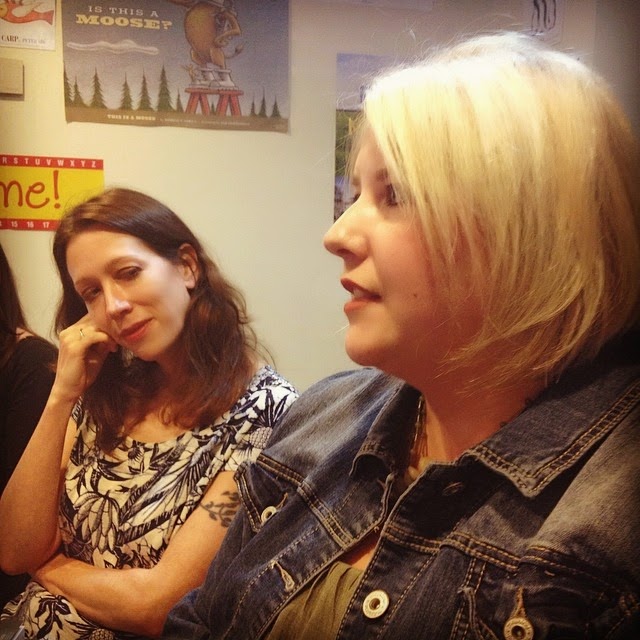 AB: I love it. I think it's awesome to go around and meet fans. This time I made myself sick I was so excited! I love book tour, it's everything you'd think it would be, though a bit exhausting.

KF: You spend so much time in front of your computer and it's no longer theoretical on tour. This is a great group to tour with. 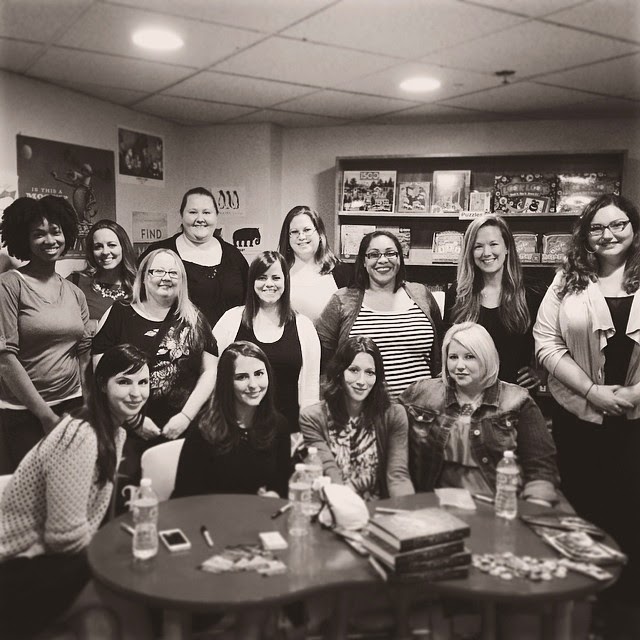 Thank you to Macmillan, Mary van Akin, the lovely authors who let me quiz them, YADC for attending, and Hooray for Books! for hosting.

And while you're here, check out my Books To Good Homes page and adopt some homeless ARCs!

Posted by Gabrielle Carolina at 10:29 AM

The Winner's Curse! I've heard so many good things about that book. I'm dying to read it and the rest of these books!

So glad you had a blast!!! It looks like a ton a fun :D I cannot wait to read Sekret!!

All of them, but if i had to choose one, Winner's Curse :)

All of them, but if i had to choose one, Winner's Curse :)

I'm really stoked to read NEPTUNE. I absolutely adore Anna Banks and actually I was supposed to attend and cover this event in Atlanta and my daughter was sick with asthma problems and I couldn't go. So, thank you very much for the opportunity! xx

Shannon @ It Starts at Midnight said...

I am so excited to read both Sekret and The Winner's Curse! Thanks for the giveaway :)

I am excited to read all of the books that you are giving away. Thanks for the giveaway!! :)

I still haven't read The Winner's Curse so I'm totally looking forward to this book! Although I haven't read any of the other ones either so I look forward to catching up with my reading on authors people are raving about now. Thanks! :D

Christina R. in the rafflecopter

Marie Rutkoski's because I LOVED her first book!!

Thank you for all the awesome tidbits about these awesome authors!!

Thanks you so very much :) It's wonderful for us readers :)

Of Triton since I've read The Winners Curse. So jealous you got to go to one of the tour stops!

all of them :) This looked like it was a lot of fun! Thanks for sharing!

Bookish in a Box said...

I'm most excited for The Winner's Curse. It sounds exciting!

I really wanted to read Of Neptune to see how everything all ends up! :-)

The More the Merrier said...

I'm really excited for all of them but I really want to see how The Syrena Legacy concludes.

I haven't read Of Neptune yet and I'm excited!!! This is such a lovely giveaway. =)

The Winner's Curse! Everyone's been talking about how good it is

I'm excited for all of them, but most of all for The Winner's Curse!

All of them but prob Winner curse first. they are all amazing though!! hope i win *crosses fingers and toes*

Definitely Of Neptune and The Winner's Curse!