My Favorite Heroes and Heroines 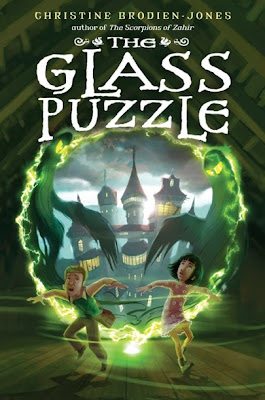 I’ve had a lot fun putting this list together! Seeing all these heroes and heroines on one page makes me realize how much they mean to me. We all need heroes and heroines at various times in our life and these are the ones I like most. I hope there’s a little bit of each of them in the characters I create in my stories.

1.  Gregor from Gregor the Overlander by Suzanne Collins
When 11-year-old Gregor and his two-year-old sister fall through a grate, they enter the Underland, a fantastic subterranean world of translucent-skinned humans and giant talking bats, cockroaches and other creatures. A reluctant hero, all Gregor wants to do is go home. Then he discovers a strange prophecy foretelling his role in the Underland's future and finds out that his father, who disappeared years ago, is a prisoner of the enemy. Gregor proves to be a responsible big brother and an endearing hero. Using his determination, common sense and quick thinking, he eventually becomes a warrior leading a battle against an army of vicious rats—and begins to unravel the mystery of his identity.

2.  Gatty from Kevin Crossley-Holland's Gatty’s Tale
Readers of Kevin Crossley-Holland's Arthur trilogy already know the scruffy, high-spirited village girl Gatty who lives in a thirteenth-century settlement between England and Wales. Now Crossley-Holland has given Gatty an adventure all her own: a pilgrimage to Jerusalem as second chamber-servant to Lady Gwyneth. Gatty and eight others trudge across Europe to the Holy City, encountering along the way various rascals, brigands and other threats in this all-too-real medieval world. Gatty is in every way a true heroine: resourceful, fierce, and caring.
3.  Kate (“Puck”) Connolly from The Scorpio Races by Maggie Stiefvater

Kate Connolly, known as Puck, lives in the island town of Thisby. She’s already lost both her parents to the capaill uisce, fairy horses from Celtic legend that lull their riders into a stupor and then carry them back to the ocean to be devoured. Now Puck’s older brother Gabe is threatening to leave and the only way Puck can save her impoverished family is to enter the Scorpio Races and win first prize. To do this she must run against Sean Kendrick who, like Puck, loves Thisby and its horses. While the islanders fight to maintain their heritage, Puck challenges their exclusion of women racers: a tough, fiercely determined, unforgettable heroine.

Thirteen-year-old Kit Watson moves with his parents to the mining town of Stoneygate to care for his widowed grandfather. Here Kit meets the wildest boy in school, John Askew, descended from a long line of coal miners. As Kit’s grandfather relates stories of the mine’s past and the Watson family’s history, Askew takes Kit down into the ancient mining tunnels that run beneath Stoneygate, where the boys search for the childhood ghosts of their ancestors. Kit proves to be a brave and sensitive hero in this complex tale examining the bonds of family down through the generations.

5.  Gerda from The Snow Queen by Hans Christian Andersen
Twelve-year-old Gerda, the plucky heroine of this tale, finds herself thrust into a world of evil forces and magical powers as she embarks on a perilous journey to rescue her best friend Kai from the clutches of the evil Snow Queen, who has abducted Kai and taken him to her frozen palace. When she finally reaches the Snow Queen’s palace, Gerda’s love saves her friend: the ice around him spells “eternity,” freeing him from the Snow Queen and her evil mirror. Gerda is brave and loyal, a young heroine who never gives up.

Twelve-year-old Rob Horton finds a caged tiger in the woods behind the motel where he lives with his father; his mother has just died and he has a rash on his legs that won’t go away. When Rob meets Sistine, a new girl with fierce black eyes, she challenges him to be honest with her and with himself. Rob keeps his emotions locked up while Sistine, consumed with anger, is quick to show her feelings. Rob and Sistine, damaged in different ways, learn to trust each other, and ultimately, to be friends, eventually freeing the tiger with tragic results. Both children emerge as heroes of a different kind, and through their friendship they find a way to work through loss and grief.

7.  Will Stanton in The Dark is Rising by Susan Cooper

On the night before Will Stanton's eleventh birthday, Will goes to bed wishing for snow. But during the night something inexplicable happens and the next morning, when he steps out into the white snowfall, he discovers he can work magic. Will, the last of the immortal Old Ones, must search for the six magical signs that will be needed for the battle between the Dark and the Light. A scruffy, quiet schoolboy by nature, Will turns out to be a smart, brave, kind and compassionate hero. He struggles with his new identity, gradually losing his innocent, boyish ways as he learns that having great power comes with a burden of loneliness and secrecy.

Raised as an orphan in a fictional Oxford college in a parallel universe, Lyra is the ultimate heroine: resourceful, adventurous, unruly and quick-witted—not to mention the fact she’s an accomplished liar. A witches’ prophecy declares her “destined to bring about the end of destiny.” With her unwavering determination and almost supernatural intuition, she embarks on a quest to far lands to rescue her friend who has gone missing. A small girl with an enormous heart.

9.  Coraline in Coraline by Neil Gaiman
When Coraline moves to her new home, she steps through a door and into another house almost like her own, but with sinister differences. Here she meets people who look like her own parents, except they have shiny, black button eyes; they tell Coraline they want her to stay with them and be their little girl. A strong-willed, scrappy heroine, Coraline must use her wits and every ounce of courage to save herself and return home. But when she eventually makes it back home her parents are missing, trapped in a shadowy otherworld—and it’s up to Coraline to save them.

10.  Artemis Fowl in the Artemis Fowl series by Eoin Colfer.
Gifted with psychological cunning and technological expertise, Artemis Fowl is a teenage criminal mastermind who uses his ruthless intelligence to crack codes and harness the knowledge of underground fairy civilizations to steal some legendary gold. The fairies, of course, fight back. Artemis turns out to be a swashbuckling anti-hero—and lots of fun. 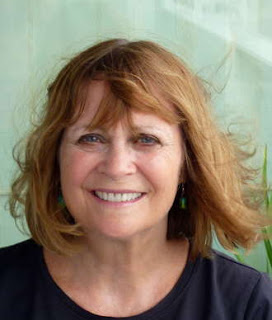 CHRISTINE BRODIEN-JONES is the author of three middle-grade fantasy adventure novels, The Glass Puzzle (Delacorte, 2013), The Scorpions of Zahir (Delacorte, 2012) and The Owl Keeper (Delacorte, 2010).Booklist magazine praised her writing, saying “Brodien-Jones mixes fantasy and adventure in a way that would make Indiana Jones feel right at home.” Ms. Brodien-Jones studied writing at Emerson College in Boston and has worked as a reporter, an editor, and a teacher. She divides her time between Gloucester, Massachusetts, and Deer Isle, Maine. Learn more about her life and work and download additional free discussion guides for her novels at her website: www.cbrodien-jones.com. Visit her on Facebook at https://www.facebook.com/ChristineBrodienJones.

Posted by Gabrielle Carolina at 2:13 PM