Today Rysa Walker shares all about her time traveler MC, Kate, who has been described as the Katniss Everdeen of her genre and reminds me a bunch of YA's favorite Emerson Cole!

GC: Tell me about your novel and how you began writing it! 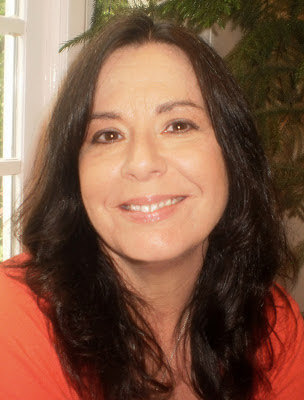 RW: Hi, Gabrielle!  Thanks for inviting me to The Mod Podge Bookshelf!

Timebound tells the story of sixteen-year-old Kate, who learns that she’s inherited a genetic license to time travel when her grandmother arrives with a strange blue medallion, an even stranger tale about future historians, and the unshakable conviction that the fate of half the planet lies in Kate’s hands.

I began writing the book several years ago, when I was teaching a women's history course and started thinking about all of the questions that go unanswered or are incorrectly answered in history textbooks.  I think most historians would secretly love to have a time machine so we could get the real scoop.  But...if you had access to a time machine of some sort, would you be able to resist tweaking things, just a bit?  Maybe give your great-grandmother a hot stock tip, so that your family could afford to pay for college and you wouldn't get stuck with massive student loans?  Or take the keys away from a friend who no one realized had been drinking too heavily to drive?  Or maybe you could be in the right place at the right time to prevent an act of injustice?

But what would the consequences be of even a small change or two? And what if someone wasn't content with just changing a few little things around the edges, but wanted to play God and refashion history on a grand scale?

That's the scenario that Kate faces--she has to stop a group that not only has a rather twisted vision of the future, but also has the power to make that vision a reality.

GC: When did you hear about Amazon's Breakthrough Novel Award contest? Were you set on entering right away?

RW: I've known about the contest for several years.  I even decided on the spur of the moment to enter last year's contest, but I should have read the instructions a bit more carefully.  A look at my folder the next day showed that I'd left my name in the header of one of the files, which would have disqualified the entry.  I was a bit more careful this year, and not only double-checked, but even triple-checked my files before sending!

GC: What was the waiting process like? Do you consider that you were calm, cool and collected, or were you biting off your nails like the rest of us mere mortals?

RW: This contest is a major roller-coaster.

First, you have to get through the Pitch round, were you have to sum up your book in a paragraph and make it sound appealing -- not exactly my strong suit.  My hope was to make it past the Quarterfinals, so that the book would get a Publisher's Weekly review.  And I was delighted with that review, which called Kate "the Katniss Everdeen of time travel" and even referenced Robert Heinlein, who was one of the very first sci-fi authors I read.  As one of my friends would say, I was in Nerd Nirvana when the review came in, just seeing those names in the same paragraph as mine.

But, to answer your question, I was definitely calm, cool and collected throughout the entire contest.

*Hides hands behind back so that you can't see nails, chewed well beyond the quick*

GC: When did you hear you were a finalist? What was that moment like?

RW: I found out on May 6th, but couldn't tell anyone other than my family until the announcement on May 21st.

I don't keep secrets well, so I became a hermit for those two weeks.  By the end, I was about to explode. The last few days, I even had to skip my Starbucks addiction, because I was scared that I'd drive through and start screaming the news at the girl brewing my skinny Cinnamon Dolce.

I spent the morning of May 6th convincing myself that I'd get some grading done in the morning, before they were scheduled to start calling the finalists.  I started grading around nine and I was still on the same paper at noon.  I kept wandering over to the Amazon Community ABNA discussion board where some of the other semifinalists had gathered to wait.

I lurked mostly, posting a few notes to friends I'd made among the other participants over the past weeks, and laughing at the silly jokes. If you ever want a chuckle, go hang out at the thread called The Manse for a few minutes.  Those guys are certifiable, and that brand of lunacy is what got me through the morning.

The call came around 12:45.  I'd pretty much convinced myself that it wasn't going to happen and had just finished grading that first paper when the phone rang.  I don't think I was very coherent.  I remember that the lady from Amazon -- I think her name was Libby -- asked if I needed to sit down.

All in all, however, I think I handled it a bit better than when I saw the semifinalist list.  I'm not normally a squealer, but my husband ran into the study thinking I'd seen a mouse...or destroyed another keyboard by dousing it with latte.

GC: Have you had the chance to read your fellow winner's work? What do you think of their novels?

RW: I've read all of the excerpts, but have not yet had the pleasure of reading their full novels.

That's one thing that I truly love about this year's contest -- those reading the finalists' excerpts knew that the one they voted for was actually going to be published in the near future.  It's not a case where you read a bit, like it -- and then never get to find out how it ends. Based on the other four excerpts, I can definitely say that I have some tough competition. I'm looking forward to filling up my Kindle with four new books in late October!

GC: Would you care to share your favorite quote from your winning title?

RW: I'm not sure I have a favorite quote.

That's a bit like having to say which is my favorite child--well, except for the fact that it probably won't traumatize the other lines to know that "Mom" loved that other line more...

There is one line, however, that a number of readers have picked out as a favorite, so let's go with that:

I looked again at picture that Connor held, unsure which bothered me more—that I had been kissed by a married preacher or that he had died more than half a century before I was born.

That line sums up one of the things that frustrates Kate most about time travel. It wreaks major havoc with your love life.

GC: What's next for you?

RW: I'm planning two additional novels in the Timebound series, and at least two shorter works.  Right now, I'm working on the first draft of a novella that looks at some of the events in this book from the perspective of Kiernan, who will play a somewhat more prominent role as the series goes on, and also fills in some of the details on an alternate timeline that is discussed in Timebound.

And then I'll be getting back to work on book two, which I'm hoping to finish before the spring.

Thanks again for chatting with me, Gabrielle -- it's been a pleasure!