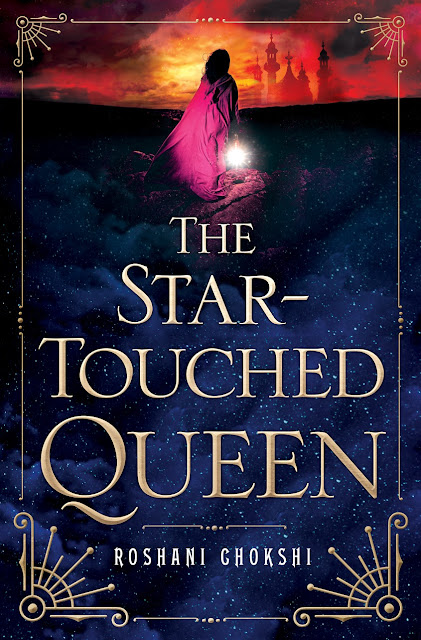 A Novel
By Rouhani Chokshi

“A setting drawn from ancient India, romance with feminist sensibilities, and a unique magic system…a stunning debut filled with lush writing, smart characters, and a mysterious plot that provides as many twists as it does swoons.”
—School Library Journal, STARRED Review

“Chokshi's rich, descriptive writing weaves a lush web...a swoony romance, betrayal, and a journey to power and self-affirmation, with a slightly wicked, slightly funny animal sidekick in the best tradition… work together to create a spell that many readers will willingly succumb to. Richly imagined, deeply mythic, filled with lovely language with violet overtones: this is an author to watch.”
—Kirkus Reviews

“This gorgeous debut promises big things to come from Chokshi, who at barely 25 has decades ahead to dazzle us.”
—Cosmopolitan.com on “8 Life-Changing Novels by Twentysomething Women”

“Chokshi’s first novel is filled to the brim with gorgeous, scintillating writing that easily draws readers into its new take on traditional tales. A unique fantasy that is epic myth and beautiful fairy tale combined.”
—Booklist

“A heady blend of mythology and metaphor, THE STAR-TOUCHED QUEEN is sure to appeal to fans of Laini Taylor and Leigh Bardugo. Maya is a great character, full of promise and patience, even as the odds are stacked against her.”
—Romantic Times Book Reviews 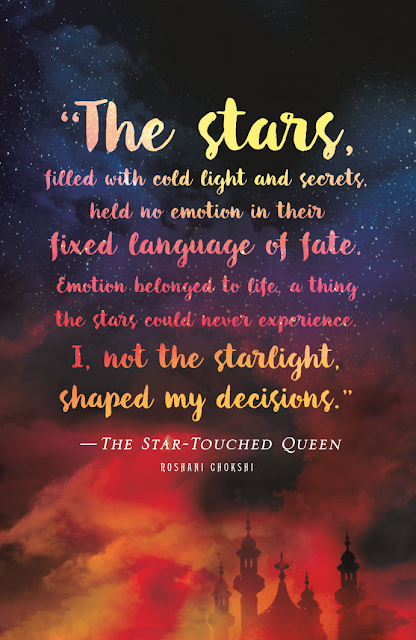 THE STAR-TOUCHED QUEEN (St. Martin’s Griffin; April 26, 2016) is a lush and vivid standalone debut young adult fantasy that seamlessly weaves the Greek myth of Hades and Persephone with Indian folklore. Featuring a smart, independent anti-princess who must take her place as queen and a forbidden romance that defies the odds, debut
author Roshani Chokshi pairs beautiful writing with a thrilling pace and compulsive plot, using her own Filipino and Indian heritage to create a culturally diverse and vividly imagined world.

Fate and fortune. Power and passion. What does it take to be the queen of a kingdom when you're only seventeen?

Maya is cursed. With a horoscope that promises a marriage of Death and Destruction, she has earned only the scorn and fear of her father's kingdom. Content to follow more scholarly pursuits, her whole world is torn apart when her father, the Raja, arranges a wedding of political convenience to quell outside rebellions. Soon Maya becomes the queen of Akaran and wife of Amar. Neither roles are what she expected: As Akaran's queen, she finds her voice and power. As Amar's wife, she finds something else entirely: Compassion. Protection. Desire...

But Akaran has its own secrets -- thousands of locked doors, gardens of glass, and a tree that bears memories instead of fruit. Soon, Maya suspects her life is in danger. Yet who, besides her husband, can she trust? With the fate of the human and Otherworldly realms hanging in the balance, Maya must unravel an ancient mystery that spans reincarnated lives to save those she loves the most. . .including herself.

From an incredibly fresh voice, Roshani Chokski’s THE STAR-TOUCHED QUEEN is a beautifully written standalone novel that will enchant young adult and fantasy readers until the last page. 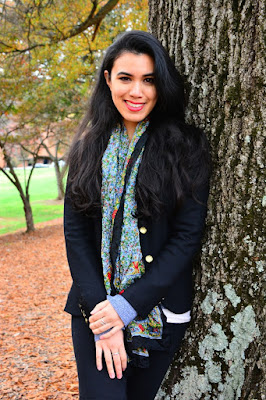 ROSHANI CHOKSHI comes from a small town in Georgia where she collected a Southern accent, but does not use it unless under duress. She grew up in a blue house with a perpetually napping bear-dog. At Emory University, she dabbled with journalism, attended some classes in pajamas, forgot to buy winter boots and majored in 14th century British literature. She spent a year after graduation working and traveling and writing. After that, she started law school at the University of Georgia where she's learning a new kind of storytelling. More information on the author can be found at www.roshanichokshi.com.