Today MPB is interviewing Shannon Messenger about her her MG debut, Keeper of the Lost Cities as part of the official blog tour hosted by Mundie Moms! 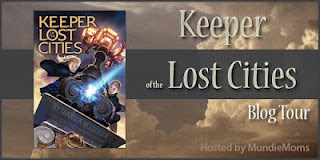 GC: How did the idea for Keeper of the Lost Cities first strike you?

SM: It actually started as a short story. I'd gotten stuck on a plot point in a different book I'd been working on, so I decided to explore a few of the side characters to see if inspiration would strike. I'm still not sure why, but for some reason this fascinating little blond girl marched her way into that story, and the more time I spent with her the more I realized she had all of these HUGE secrets to tell. And when she refused to be ignored I finally decided to switch projects and tell her story.

GC: Can you share a bit of your early struggles with Keeper drafts for aspiring authors who read MPB? (I know your perseverance is a GREAT personal motivation to keep on keeping on!)

SM: Aw, thank you! And it was QUITE a lengthy process, so I won't get into too many details because this answer would get way too long. But basically, the version of KEEPER that people will be reading is draft 20.  (Yes, TWENTY.) There were a lot of different reasons for why that happened, and there were definitely times where I thought about giving up. But luckily I have a stubborn personality and I had a ton of friends and family--and even my agent--who really believed that I WOULD get the story right if I just kept going. So I did. And here we are. :) (You can find a longer post I wrote on this topic HERE)

SM: Definitely getting my agent. I was VERY lucky with how easy my querying process was. I'm sure it helped that I'd met Laura at a conference and she'd requested a partial from my pitch. But within two weeks of sending her my draft she offered to represent me. After that it got MUCH harder as I tried to revise the draft into something we could actually sell. (see answer above).

GC: Your debut this year (and next!) is already a big, buzzing deal in the blog'o'sphere, but while we're totally stoked for your entrance into MG and YA literature, does being an author seem real to you yet?

SM: Ha--not at all! Actually, just the other day I was doing an event and people kept coming up to my table and asking to have their books signed and I had to keep reminding myself that they meant ME. It still baffles me that people want MY signature. I'm not sure I'll ever truly get used to that idea!

GC: Can you share your favorite moment as a 2012 Debut thus-far?

SM: Oh wow, that's hard--there have been so many (it's been such an incredible year). But I think my first ever signing probably takes the cake. I was signing ARCs at BEA and I had been so scared that no one would bother standing in my line when there were so many other (much cooler) authors to choose from. But PEOPLE CAME! So many that we ended up having to cap my line. And one of those people was this adorable little girl. There is nothing more magical than getting to sign KEEPER to a kid reader.

GC: What's next for you as an author?

No, but seriously, I have KEEPER #2 almost done, and then I still have LET THE SKY FALL 2 to write this year. And of course there's LET THE SKY FALL's launch on March 5, 2013. So lots of busy-but-exciting-things! 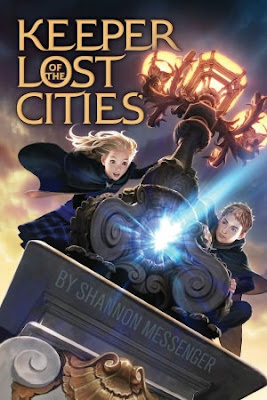 T﻿﻿﻿welve-year-old Sophie has never quite fit in. She's not comfortable with her family and keeping a secret—she's a telepath. But then she meets Fitz, who tells her the reason she has never felt at home is that, well, she isn't. But Sophie still has secrets, and they're buried deep in her memory for good reason: the answers are in high-demand. The truth could mean life or death, and time is running out.

By: Shannon Messenger
Published by: Simon & Schuster
To Be Released on: October 2nd, 2012
Purchase from: 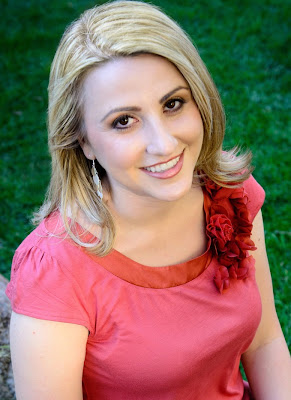 SHANNON MESSENGER graduated from the USC School of Cinematic Arts where she learned that she liked watching movies much better than making them. She also regularly eats cupcakes for breakfast, sleeps with a bright blue stuffed elephant named Ella, and occasionally gets caught talking to imaginary people. So it was only natural for her to write stories for children. Keeper of the Lost Cities is her first middle grade novel. Let the Sky Fall, a young adult novel, will follow in Spring 2013. She lives in Southern California with her husband and an embarrassing number of cats.

Oh this sounds so fantastic and I absolutely love the cover! Can't wait to get my hands on this one. :)

I loved this interview! Thank you for being on the tour!

Thank you so much for having me!!!!

I am ridiculously excited to read this book. I pouted like a child when ARCs flew at ALA. I haven't been this excited for a book since Harry Potter. Thanks for the interview and giveaway!!

Can I say how excited I am for this book? There have been so many great book releases recently, I'm definitely going to make a bookstore trip when Keeper comes out!

Awesome interview. I loved hearing more about how Shannon came up with the idea for her story and how many drafts she wrote. So excited for Shannon!

Great interview. I'm really looking forward to reading Keeper so thanks for doing a giveaway!

Yay for an easy query process! Great interview and I can't wait for her books. :)

What a fun interview! Can't wait to read Keeper!