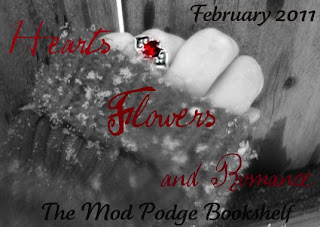 Today, as part of Hearts, Flowers, Romance, Tess Callahan is here to share her most romantic memory- one that will have you all swooning and itching to pick up her debut, April and Oliver.
GC: April is a very sad character, with such a terrible past, do you believe that love redeemed her, or that she found her own path to salvation in the end?

Posted by Gabrielle Carolina at 1:29 AM