Blog Tour: SIRENS by Janet Fox When Women Got the Vote and Left Their Corsets Behind 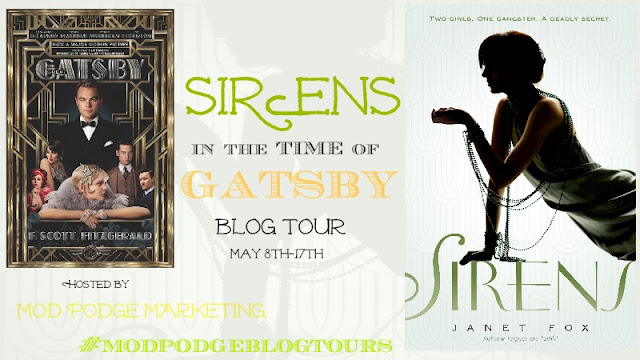 Both Jo and Lou in SIRENS are conflicted about their roles as women. The men in their lives don’t value them as individuals. In fact, until the 1920s women were really second-class citizens. Here’s some of the context: 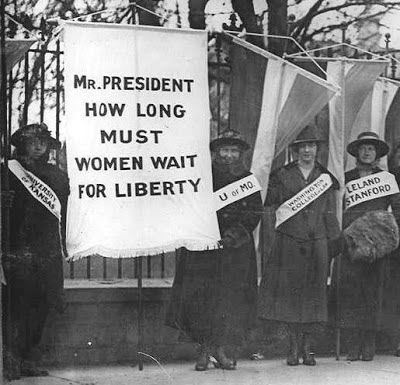 Wait...you didn’t know that once upon a time not so long ago, women in America couldn’t vote?

Until the 19th Amendment to the Constitution was ratified in 1920, women in this country had no voice. No say in politics. No choice in leadership. Yes, that’s right – not even 100 years ago women were completely dependent on the men around them to make their choices for them.

(Just think about this, though – there are still many places in the world where women still have no vote, no choice, no freedom. We Americans are the lucky ones.)

Some states – like those in the West, where there was a shortage of women – encouraged women to settle by granting them the right to vote at the state level. But the right of all citizens to vote in any election in America without regard to gender was not granted until the passage of the 19th amendment. 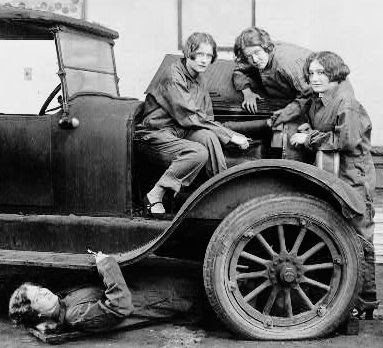 Until the First World War (The Great War, 1914-1918) most young women in the lower classes worked “in service” – as maids or cleaning staff for the wealthier classes, while upper class young women were expected to marry successfully and raise children. A middle or upper middle class young woman working in an office, or teaching, or clerking? Unthinkable. But during the war, while men were away at the front, women went to work to make up for the employment shortage. When the war was over, women stayed in the work force rather than return to domesticity. Women in the work force spoke up about working conditions and health care and that paved the way for suffrage. 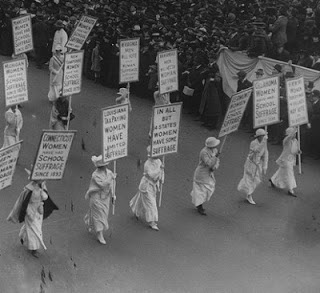 When President Woodrow Wilson announced that The Great War was a war for democracy, women took this as encouragement and began an even more active campaign for the vote, by picketing the White House and protesting in Washington for equal rights. Women had been involved in the suffrage movement for most of the early twentieth century, but the war catapulted the suffrage movement forward to success. 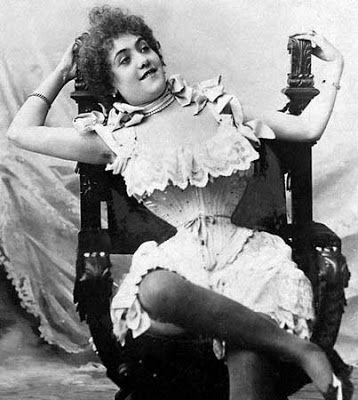 And corsets? Those horrifying undergarments were a form of social control. A study of tight lacing of corsets in the late 1800s showed that a corset could contract a woman’s waist by between two and six inches. And the pressure the corset applied to a woman’s body could be as high as 88 pounds, crushing the internal organs. Yikes! Women were so confined that they were unable to move, breathe, or digest properly. Early feminists made it their mission to convince women to abandon the corset, and the war sent women to work, and work required more freedom of movement in unrestrictive clothing, and so the corset faded (thank goodness) into history. 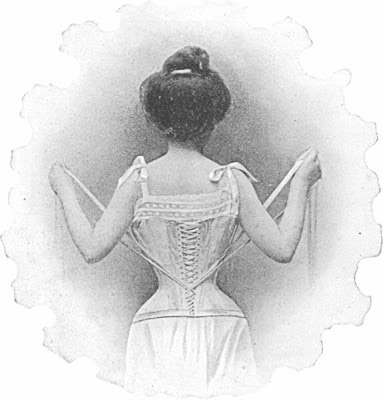 Interestingly, women who worked for the suffrage movement and considered themselves feminists took umbrage at the young women who would be called flappers in the 1920s. Early feminists thought the Chanel-inspired loose clothing styles and looser moral standards of flappers were a sell-out to the cause of equality. Early feminists might have shed their corsets, but they didn’t necessarily buy into the flapper behavior or the shorter skirts and hairstyles. The early feminists wanted to be taken seriously, and, really, how could someone who dressed in a frivolous costume that barely covered her bare skin be serious?

More on that fashion revolution in the next blog post on this tour!

Posted by Gabrielle Carolina at 5:49 PM

I loved everything about this post today. While I enjoy reading historical fiction and historical romance, I prefer books set in the 19th century. However, since Downton Abbey hit the USA, I have a growing appreciation for the early 20th century, both in England and the US. Fascinating era with so many great stories to be told and read.

Karen - thank you so much!! This era is fascinating, with so many echoes today.

Gabrielle - thank YOU so much as well for hosting this tour!

My school is currently writing research papers about this era and I would like to read more about it.

Jane - check out the other stops on the tour - I've tried to post mini-histories on each stop. I hope this helps!