Today I have the honor of introducing a fabulous Heroine from Christopher Healy's
The Hero's Guide to Saving Your Kingdom! 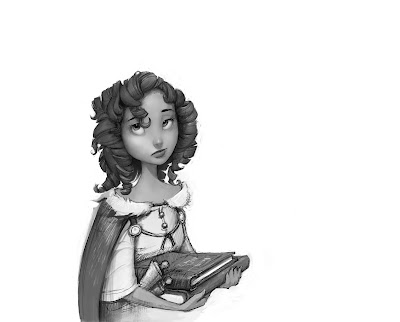 These illustrations are the work of Todd Harris, who I will be interviewing next month!

Please join me in Oooing and Ahhing over the wonderfully curly-haired Lila and this excerpt from the novel!

It wasn’t that Lila hated being a princess, but she seriously disliked the kind of princess her parents wanted her to be.
King Gareth and Queen Gertrude spent years trying to groom their daughter into a Proper Young Lady, the kind of girl they could one day marry off to an excessively wealthy prince in exchange for fat sacks of gold and gems. (They had a bit of a one-track mind, those two.) But Lila had little to no interest in galas or banquets, brooches or waltzes.

Whenever she didn’t show up for a scheduled posture lesson, you could probably find her lying atop the high bookshelves of the royal library, where she’d climb to find a quiet place to read a book on dragon anatomy or a history of famous escape artists.

On any given day, you might catch her picking the lock on her classroom window and shimmying down a trellis, in order to avoid a quiz on corsage placement.
Lila’s disobedience infuriated her parents, and when they had finally reached the peak of their frustration with her—after the girl skipped a ballroom dance in favor of creek walking (and at the same time, gown ruining)—they officially grounded her until marriage.

It was only through the intervention of her brother, Liam, that Lila was let off the hook. Liam spoke to the king and queen on his sister’s behalf, reminding them that Lila was still very young and telling them that they had to give her time to explore her many interests. Lila was different from other princesses; she was a girl who enjoyed reading alchemy textbooks, dissecting grasshoppers, and designing elaborate imp traps. “Wouldn’t it be more interesting to see what kind of person Lila grows up to be,” Liam asked, “than to force her into a mold that obviously doesn’t fit her?” 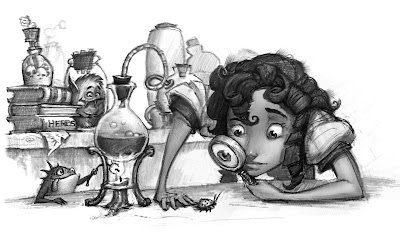 This was long before the Wedding Cancellation Fiasco, when Liam’s parents still gave a lot of weight to anything he said. They didn’t completely let up on Lila’s lessons, but they called off her punishment, and even let her take up some hobbies of her own choosing, like chemistry, clock making, and tree house construction.

But often, Gareth and Gertrude just forgot about Lila. Once they decided not to be constantly annoyed by her, the princess was easy to overlook. The king and queen, like almost everyone else in Erinthia, spent the majority of their time focused on Liam. 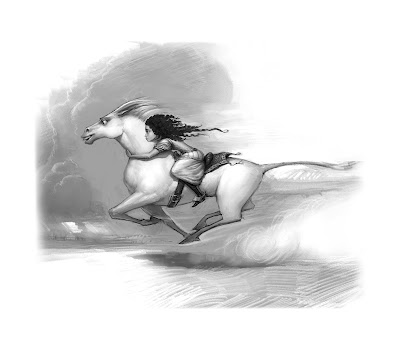 Posted by Gabrielle Carolina at 4:04 AM

I love the illustrations! They are awesome. The excerpt was great too! I am adding Hero's Guide to my wishlist right now! Thanks for sharing. :)

I am so glad I have preordered this book. XD

The art is AMAZING. I love it!

I really love those illustrations! Great post and I think I might have to buy this :P