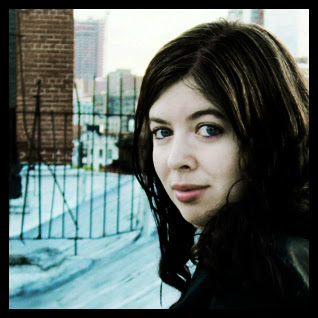 What was the best book you've read all year? Tell me all about it!

NRS: Brooklyn, Burning by Steve Brezenoff is the novel I admire the most out of everything I read this year—and there were so many wonderful books devoured by me this year. Brooklyn, Burning is an inventive novel with a searing voice, a deep emotional connection, and an important story. I find myself thinking about it often, carrying it with me wherever I go. That's the kind of novel I'd like to write one day.


What was your favorite thing you wrote?

NRS: My writing heart has a short memory, so my favorite thing I've written this year is the new novel I just started this month. That's only because it feels so fresh and alive with possibility right now. If I'd answered this question over the summer, I would have chosen another novel entirely, and if I'd answered this question in the winter I would have said a beloved scene from something else. It's good to have shifting loyalties as a writer, or I'd never be able to wholeheartedly throw myself into something brand-new.


What was your biggest writing struggle, and how did you overcome it?

NRS: This summer was a tough time for me, writing-wise. Maybe it was nerves over Imaginary Girls coming out. Maybe it was trying to balance promoting one book while writing the first draft of an entirely new book at the same time. Maybe we all go through slumps and that was my time to be deep in mine. For a while, I didn't know if I'd ever be able to write something worthwhile again. But I got through it. I did. To overcome it what I needed was time and perspective. I hope I remember that for next time.


What can we expect from you in the new year?

NRS: I have two paperbacks coming out in June 2012. The first is the paperback edition of Imaginary Girls—with a whole new look, as you'll see from this cover—coming from Penguin/Speak on June 14, 2012. 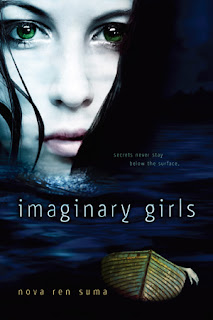 NRS: And the second is the paperback edition of my first novel Dani Noir, which was published as a tween novel in 2009. Now it's coming to the YA shelves with a new cover and a new title. So look for Fade Out in trade paperback from Simon Pulse on June 5, 2012. 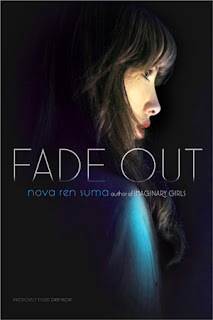 Write down your 'Writing Resolution of 2012!'

NRS: To stop comparing myself to other authors and to be myself—on the page, and in life.

Nova Ren Suma is the author of Imaginary Girls (Dutton, 2011) and Dani Noir, which will be reissued in a newly updated edition as Fade Out by Simon Pulse in June 2012. She grew up in small towns across the Hudson Valley and now lives in New York City. Her next YA novel with Dutton is forthcoming in 2013.
Website: http://novaren.com
Blog: http://distraction99.com
Twitter: @novaren

Posted by Gabrielle Carolina at 9:14 AM