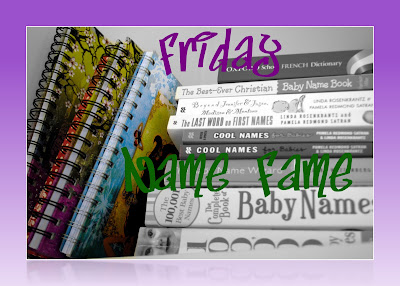 
I have a theory that a good book is comprised of good names.

You may disagree, but I have seen this theory prove more true than false in my reading; granted, we may not be reading the same books.

That’s what I’m here to talk about, the names in books, very critical in a great story, but sadly overlooked in the light of truly gorgeous covers and very handsome male counter-parts.

Think of your favorite book, the one that tops all the others, or at least the first of your favorites to pop into your mind. Can you remember the characters, not just for their enviable talents, or their many adventuresome ventures, but their names? Of course you can, because they made an impact; they were part of the character, and they mattered.

Now, consider the last book you read that you either didn’t finish or you trudged your way through. What did you think of those names? Can you think of the names? If you can, I bet you detest them, possibly thinking they did nothing to add to the characters’ nature. Or perhaps, you can’t remember them at all.

Time and again authors prove my theory – books with amazing characters, enchanting plot twists and an ending that leaves you satisfied and hopeful have chosen great names for their cast of characters. Books that fall flat have lackluster character names, forgettable from start to finish. Oh wait, I probably couldn’t bring myself to finish!
I do not believe that authors stumble upon these finely honed appellations; no, I believe they go in search of their characters’ names, as a parent does their child’s. Those “other” characters – the ones we forget – I don’t think their authors ever believed in them, not the way they should and it is reflected in their writing. Just because a name exists, doesn’t make it the right name for a character. Availability doesn’t mean a match.


***﻿
Names from Stephenie Meyers, Twilight Series, and How Pop Culture Can Runneth Over

I know many people are tired of the Twilight phenomenon, but because it is a best selling series with gorgeous names, I hope you can appreciate my new angle.

Did you know that Stephenie originally named Rosalie, Carol? That would have completely changed my view of the character. I don’t think I would have been able to see her as some hot, young, immortal thing; I would have been imagining her as a grandma in a rocking chair the whole time. Some names are just not ready for a renaissance. Jasper was going to be called Ronald; Ronan is cool -- Ronald is Mcdonald. 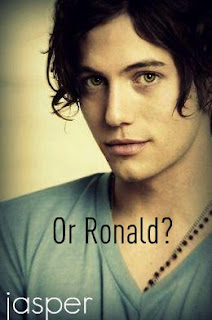 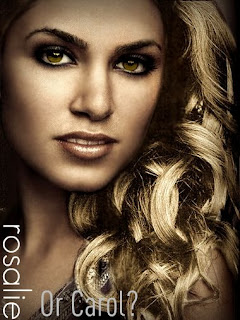 Meyer was very much in favor of reviving the old and making them new, but I doubt she considered just how new she would make them. From 2008-2009 the name Cullen had the highest leap up the Social Security Administration’s popularity list for babies born in the given year, going from 782 to 485! Isabella claimed the top spot for the first time while Bella lept from 122 to 58. Rosalie entered the top thousand at 840 for the first time ever. Edward, has however, remained solid, the handsome, brooding character hasn’t changed much for this classic male name which hovers outside the top hundred. Emmett, Jasper and Alice continue to climb the charts, and I’m sure we will see even greater jumps in the coming year. Carlisle and Esme are yet to make an appearance on the list, but I believe it is only a matter of time. And as for Renesmee, it will shock, terrify and excite you all to know that 12 baby Renesmee's were born in 2009 in the USA.


These characters have literally walked off the page and into nurseries all across the country. Not even the vampiric connotations could dissuade expectant mommies from these fab monikers. A good name is a good name!
Good books beget great names; names usable outside the fantastical world of literature.

If you are interested in learning more about the SSA Baby Name Catalogue, follow the link! Fun Fact: 2009 was the first year my full name was in the top 1,000. That's right, first name, middle name, maiden name and nick name, all present and accounted for!

Let me know in the comments which other books or series you would like me to ramble on about!

Posted by Gabrielle Carolina at 5:31 AM

What a great post! I love it - it's ingenious. I've heard about the Ronald-Carol thing, but I thought Isabella claimed top spot?

Anyway, I really want to see another one of these posts...so I'll try and suggest some that you may have read and should be interesting. I notice that you don't have a review archive, which is inconvenient...

How about "Harry Potter"? JK Rowling has some GREAT names in there. I'd LOVE to see a post about that.

Ooh, and if you ever do write any more of these Friday Name Fames, feel free to crop me a comment with a link, because I really want to read and comment!

Keep up the awesomeness,
Tina

And I do have a search bar to find books I have reviewed. I have already done The Hunger Games and don't read Harry Potter, but I can't wait to hear more ideas from you!

Thank you so much for your support of this!

You have won an award!
We chose you because you have a great blog, and we love reading your posts. :-)
Please stop by The Lit Express to find out the award you have won!

I Live In A Fictional World said...

GREAT post! Names are so important to me when I've getting into a new book. If the story is good enough, it may be something I can overlook, but if the names are ridiculous, it's an immediate turn off. I may not even try to read that book! Again, great post! Thanks!

Wow awesome post!
never seen anything like it. I do agree with you though. The name does have a way of making a character like in some books when the character might possible change there name, and change their attitude in the book... I felt like i was reading a whole new character haha. and Rosalie as Carol? Noo way. Rosalie fits so much better. I think all of the cullens names fit great because they all sound like the olden days names. =D
Again.. awesome post [: